We all know that we need to market our products and services to our customers. But how do you learn about your customers?

I was working recently with a client. The client had a website online and was looking to sell courses online.  A simple yet potentially very profitable business venture. The client had a very clear view of who their customers were going to be: English speaking males aged 35 – 50 living in a permanent relationship. My first impression was excellent! The customer has actually sat down and thought about who their customers were going to be. 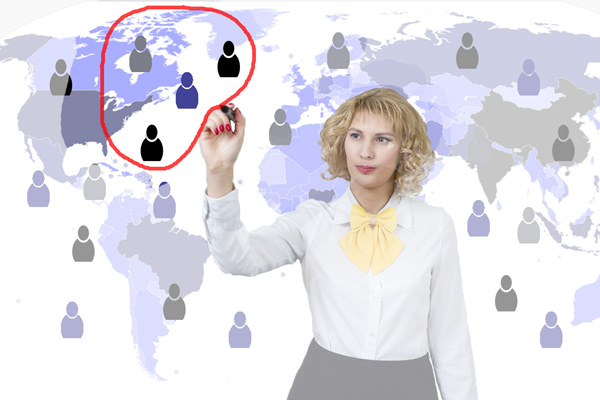 Learn About Your Customers: But How?

So how do you learn about your customers? In this case, I recommended a running some basic google ads.

The first thing that we did, was choose some very specific keywords that were related to the courses the client wanted to create. Keywords that had low competition, a high search rate and were relevant to the clients chosen course topics.

Next, we created an Ad. There was only a small budget assigned to run for a week or so. The goal of the Ad was just to get people to go to the client’s website. The demographics part of the google Ads Manager would tell us who clicked on the Ad. I deliberately set up the Ad so that people of an “unknown” gender or age were not shown the Ad. The goal was to test the basic assumptions that the client had made about their target audience – not to generate the highest possible sales. That would come later.

Learn About Your Customers: The Tests

The first test that we did, was aimed solely at men and it tested the age range. This was where the client felt less certain. We ran the Ad and waited. It was soon very clear that the age range of people interested was wide spread – but most people searching for the keywords chosen were in the 18-35 age range. The client was so surprised that we needed to run the Ad for another week just to confirm the results!

After discussing the latest results, I managed to convince the client that we should also test the assumption that their potential customers were male.

A week later the results were in: there were 21,5% more women searching on this topic than there were men. You could have knocked my client down with a feather. (To be honest, I felt pretty much the same. If anyone had asked me, I would also have bet on more men than women searching for those keywords.)

Men were considerably more likely to click on the Ad than women were. This led us to create a new Ad which was more obviously aimed at both men and women.

Learn About Your Customers: The Final Results?

There was one final thing that we were definitely able to confirm: There is a viable market and the chosen Keywords were highly effective: The click through rate (the number of people who clicked on the Ad) was nearly 7% for women and over 10% for men!

For those of you who do not know much about online advertising, this is incredibly high. A google Ad is normally considered to be working well if you have a click through rate of over 2%.

My client has now gone away to rethink what they have learned about their customer base. They were so very far off target, that they are now rewriting the text on the website and changing the planned course content to match their new market niche: young men and women aged 18-35.

That’s it from me this week.

I look forward to speaking to you next week.